The meeting in Greece for the Erasmus+ program took place from 29.01 until 02.02.2019. Our goal was get more information about the experiment we will conduct in Evreux as well as to translate the protocols for the PHB production. 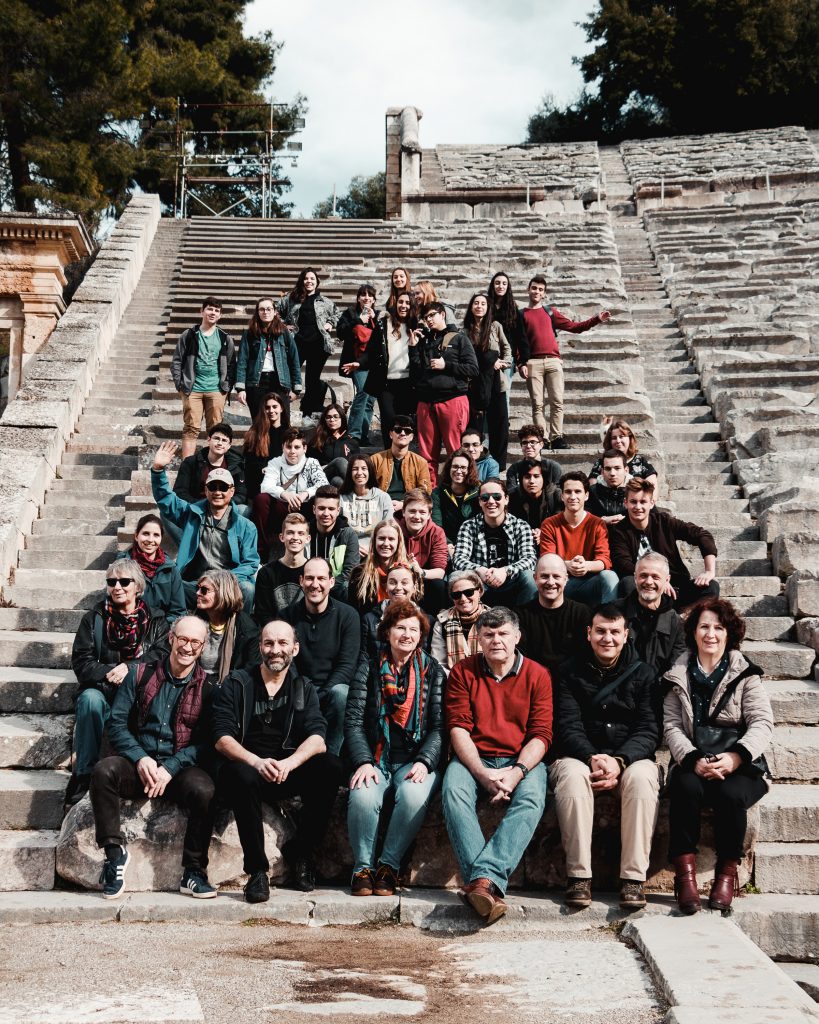 On Tuesday students were picked up by their host families who were excited to meet them. On Wednesday, we attended a guided tour at the ancient theatre of Epidaurus, Asklipieion and walked around the ruins of the ancient town. After that we visited Nafplio which was the first capital of Greece and spent the whole day there wandering around the port and the picturesque streets of the old town. On Thursday after a warm welcoming in school, we started working on the project, attending presentations and translating the protocols. In the evening a party was organized in school with dancing and live music by the Greek students. After finishing work on friday, we visited the Acropolis and the Acropolis museum and later on we went for a walk around the historical center of Athens.